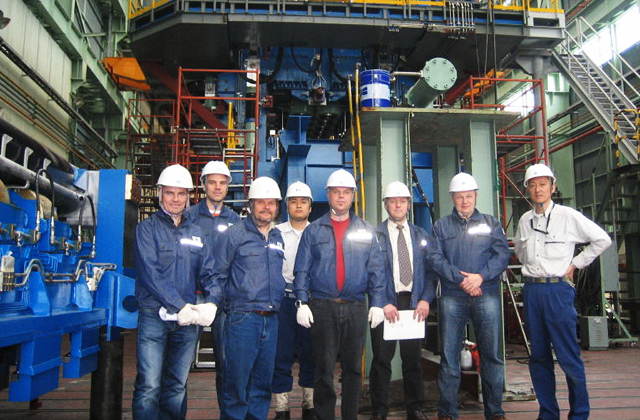 The SuPerLeveler™ meets today’s needs for ever thinner and stronger steel plates in order to increase the performance of existing facilities while reducing the amounts of energy consumed and CO2 emissions. Through adoption of the SuPerLeveler™, Finnish steelmaker Rautaruukki Corporation succeeded in cultivating new customers.

Leveling hard steel plates had been said to be technically difficult. However, the SuPerLeveler™ reduces residual stress while enhancing flatness through Automatic Roll Gap Control (ARGC) and Dynamic Crowning Control (DCC), which are technologies for enabling infinite rigidity. For the SuPerLeveler™ customized for Rautaruukki Corporation, in addition to the technologies for enabling infinite rigidity, we also changed the roll driving method to further enhance the correction of flatness errors. This made it possible to correct the flatness of 30mm thick steel plates with yield strength of 1300MPa. Meanwhile, in terms of the reduction of residual stress, it has been numerically confirmed that with the SuPerLeveler™, the amount of bending that arises in materials thinly split into 200mm widths are reduced to one-fifth, from an average of 12.5mm per 10 meters to an average of 2.5mm. 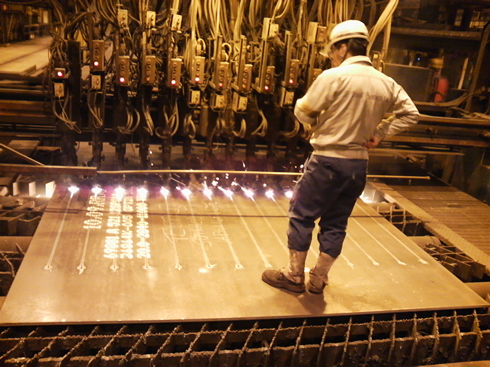 Before adoption of the SuPerLeveler™, leveling was the only process that the Rautaruukki Corporation outsourced, but Rautaruukki was faced with the problem of returned product in cases in which it was not possible to produce steel sheets at the required level of quality. However, the adoption of the SuPerLeveler™ enabled high-quality leveling to be carried out in house at Ruukki, thereby ensuring the quality of its products while also eliminating outsourcing fees to other companies, thereby reducing production costs. 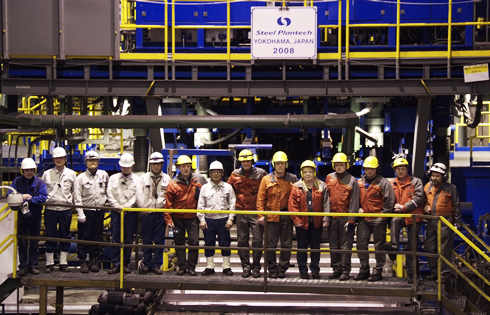 By adopting the SuPerLeveler™, the Rautaruukki Corporation was able to increase the productivity of flat panels with no residual stress and succeed in boosting the added value of its heavy plates. Further, in addition to increasing sales volume by developing new customers, the company was able to differentiate itself from competitors through its ability to produce high tensile-strength steel plates.